This solo performance is gradually created through physical explorations that are based on Eira Virekoski’s / Laura Gustafson’s scripts. Their writings first draw inspiration from Henna’s improvised movement within particular thematic frames. Devoted to the scripts –   their sentences, words, structures and/or themes – Henna and friends have worked further through movement to create something recognisable yet surreal.

PART A) is a collaboration between circus artist Henna Kaikula, writer Eira Virekoski, director Alma Lehmuskallio and sound designer Joonas Outakoski. The interest, in addition to simple physicality, has been in wondering about the bizarreness of human behaviour.
PART B) is a collaboration between Henna, Joonas and writer Laura Gustafsson. The focus and play is on unravelling opposites, on going to that place where you don’t want to go to and on looking into how she is if she is entirely here and only now.

At SIPOLA 11 -opening night we perform a work-in-progress piece of part A).
The premiere of Only Bones v. 1.2. will happen in a venue that best suits the performance when it is ready, which will very likely be during 2020.

Only Bones – Working Parameters by Thomas Monckton
Only Bones is a series of solo minimalist performances connected by physicality and restrictive creative parameters and performed by different artists under the same title (Only Bones 1.1, Only Bones 1.2 etc).

The constraints: Attempt to create a show using one light, no text, no props, no set and no narrative in 2 x 2m space.

All artists are completely independent in their creative endeavours and are not restricted by anything other than the original parameters. The ultimate goal is to make Only Bones a recognisable aesthetic that any artist is free to attempt.

Only Bones concept aims: The parameters make creating a show difficult, and forces the artist to be creative with their own bodies and push themselves beyond what they might normally do. This helps push physicality forward outside of established genres like dance, circus, mime, or mask, and enables an audience to view physicality without preconceptions and so hopefully, with a more open mind.

WHAT’S BEEN HAPPENING WITH ONLY BONES 1.2.

JANUARY 2018
FIRST BONES at TEATER TAPAS in TEATERØEN in COPENHAGEN

Improvised 15-minutes performance that was repeated five times within three hours.
Some encouraging feedback from the audience.
(Comes soon.)

Presentation then:
“FIRST BONES at Teater Tapas is circus artist Henna Kaikula’s first step into creating her version of ONLY BONES 1.2 that will have it’s premiere at NouNous Festival in Helsinki in December 2019. The interests and focus is at this early stage, in addition to simple physicality, in thoughts about human’s relations to other animals and other animals’ view on us humans. As well as in wondering how we find it completely normal to reach both to the moon and to the bottom of the sea but have difficulties reaching out to a stranger standing next to us.” 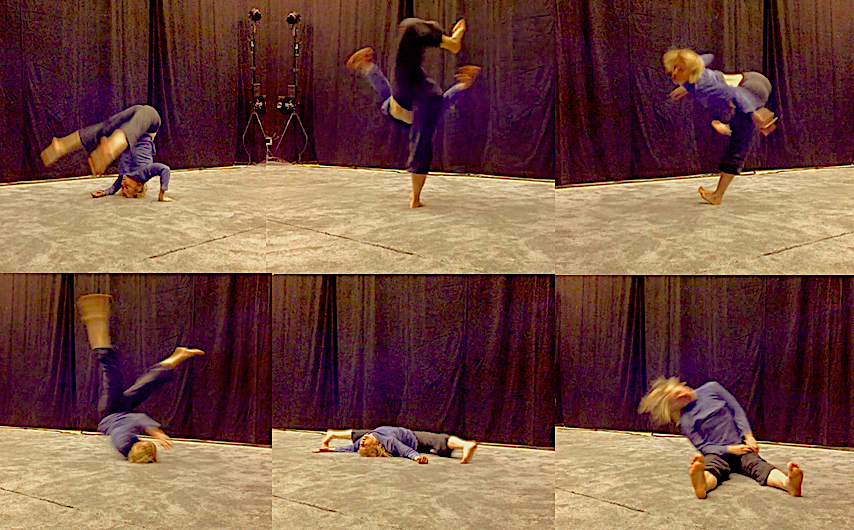 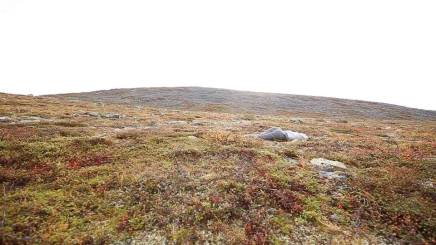 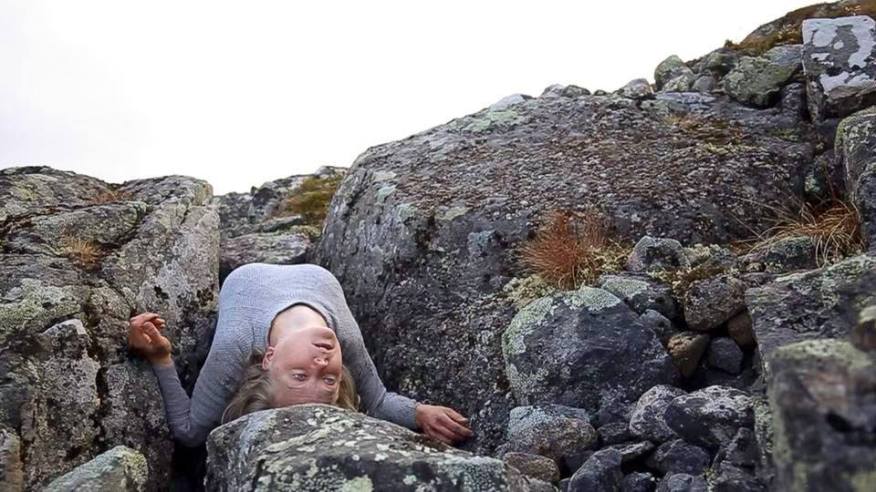 Filming up in Lapland and on top of Palkaskero fell… in mid-September.. turned out to be slower than the two optimists thought… the project to be continued next time there is autumn leaves ie. autumn 2019!

OCTOBER 2018
Lonly bOnes at TEATER TAPAS in TEATERØEN in COPENHAGEN
Material put together from Only Bones -rehearsals -> 15-minutes performance that was repeated five times within three hours. 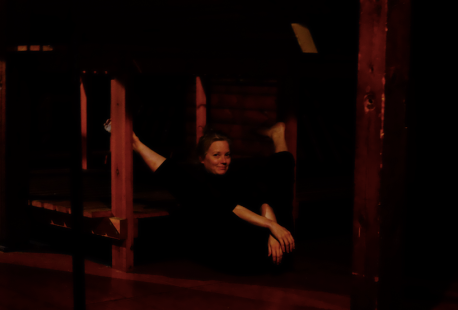 I am stuck up to my elbows in this

The premiere of Only Bones 1.2. will be in November 2019 in Finland and hopefully will be performed in Teaterøen too.

Only Bones is a performance concept created by Thomas Moncton (NZ). It has specific limitations that push the performer to explore their bare physicality. 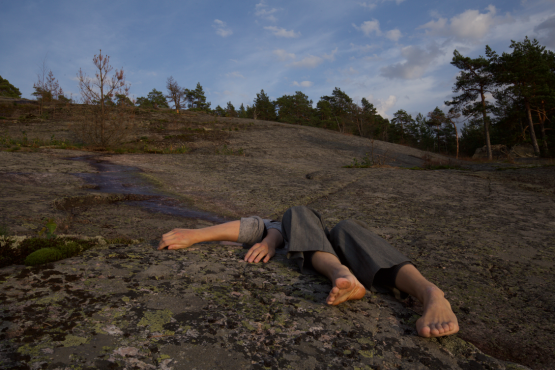