KOLGA GOES ON TOUR IN NOVEMBER 2018

Kolga is a stage interpretation of a poem by Tommi Parkko. The performance combines theatre and circus skills with music, to produce a meaningful and atmospheric creation with striking imagery and memorable sound and lighting design.

Kolga first premiered in Helsinki in October 2016.
It visited Feile na Bealtanaine festival in Ireland in April 28-29, 2017 in An Lab Theatre. Kolga was also performed in Spazio Teatro No’Hma, Milan at the Teresa Pomodoro Competition on May 3rd and 4th as well as in the Prize Ceremony 8th November 2018.

The poem is divided into three verses which inform the hour-long performance.
The first verse describes Kolga, a metaphor for the mind, in its timeless surrealistic aspects.
The second is full of tension, frustrated waiting, and anxiety.
The third brings us to the present moment, to a sense of clarity and presence.
The final words of the poem are: This is the end of the world. 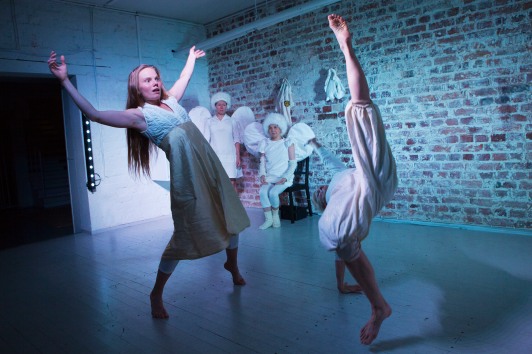 Kolga was well received by critics in Helsinki who wrote:

‘The poem by Tommi Parkko is like a recipe, from which Myllyteatteri concocted an extraordinary piece for the stage. Henna Kaikula’s surpasses herself with an astonishing performance. She extended the concept of humanity in Kolga, bending reality itself with the many amazing characters she created and presented.’ – Aleksis Salusjarvi, YLE (Finnish Broadcasting Company)

‘Kolga probes the cavities of the human mind and avoids surface realities. Everything appears to function in accordance with Artaud’s concept of ‘poetics of space’ where music, mime, gestures and lighting create a whole. In Kolga the aesthetic elements merge and collectively result in the theatrical event.’

*The poem Kolga was published in the first collection of Tommi Parkko, “Lyhyt muisti, meri” (Tammi 1997). 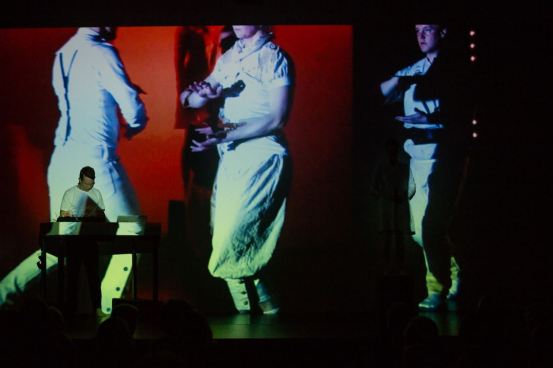 Myllyteatteri’s 10the anniversary performance, Tapaus Gaala is a stage carusel devised from the childhood memories. The performance asks how the mind and memory functions. Through the “cases” of one family, the spectator is taken inside the common history and humanity – to the common mind.

Beside the ten actors on stage the spectator sees ten equal-looking, human size puppets. The carrousel of memory spins around as the the performance leads the spectator through the inner layers of the mind to the gala itself.

The visual design – puppets, scenography and costumes – are designed by a wonderful Polish artist, Lukasz Trzcinski. 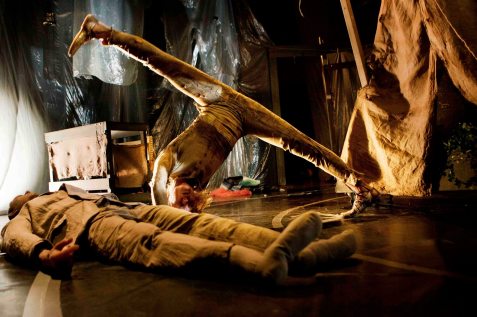 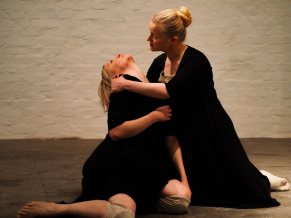